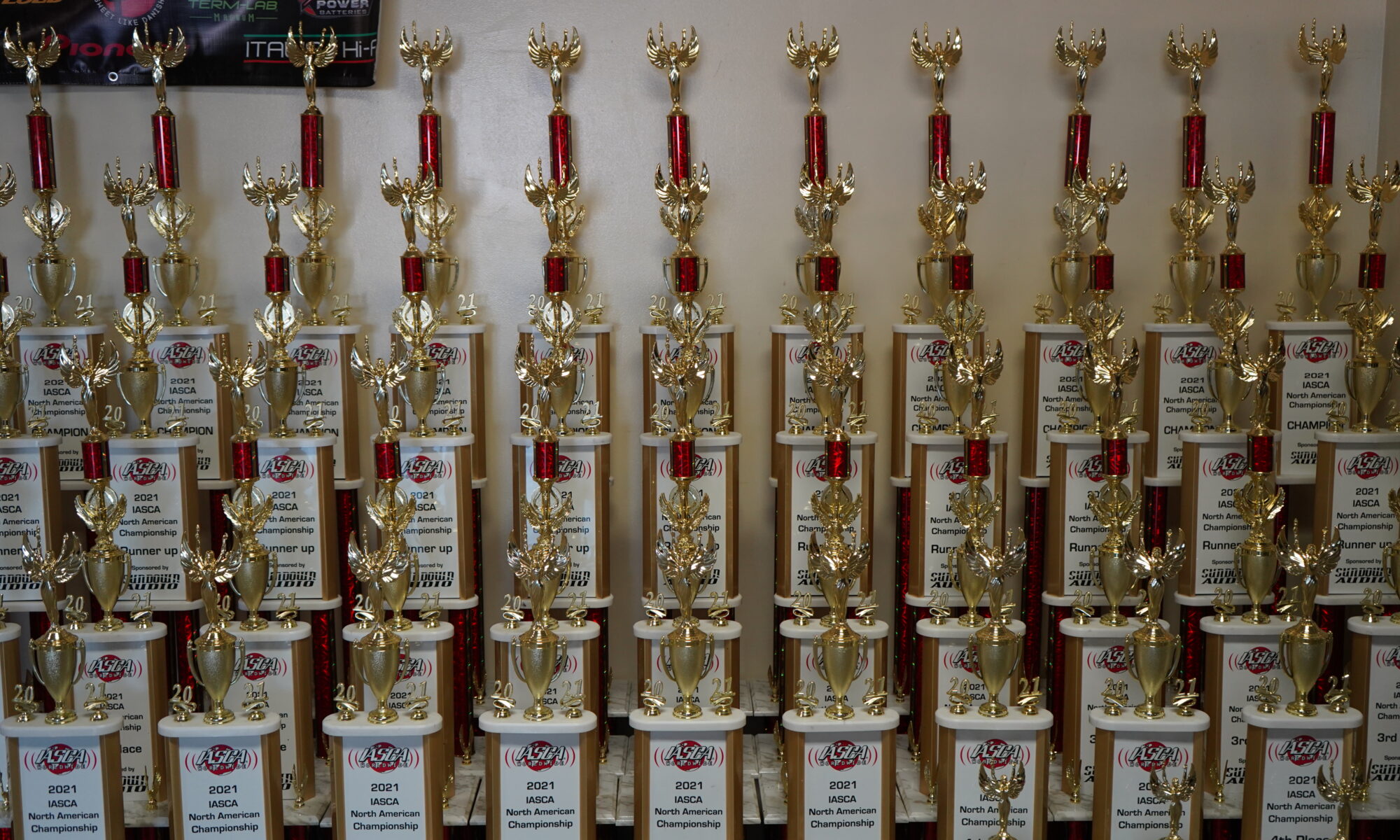 Congratulations to the 2021 North American Champions!

Full results for the Championship are here and the Triple Point event are here.

The 2020 IASCA SQC and IQC INAC events have been cancelled and the season extended to 2021.

“I’m saddened that we weren’t able to finalize a deal with the venues we were working with, for a collaborated Championship SQ event with Aggieland.” said IASCA President Travis Chin “With everything going on in today’s world, securing a location was very difficult, therefore we had to make a decision we didn’t want to make. We’d like to thank everyone involved who worked tirelessly to try to make the INAC events in 2020 a reality.”

As with IASCA SPL formats, 2020 memberships have been extended and are valid through to the 2021 season due to the pandemic situation.

“There are many local events still taking place all across North America,” Chin continued to say “please continue to support these shows and earn points for the 2021 INAC Championship. These event promoters are also working very hard to bring you these shows and they deserve our support.”

The 2020 IASCA IdBL and Bass Boxing INAC events have been cancelled and the season extended to 2021.

“Due to the COVID-19 pandemic, it has been extremely difficult to locate a suitable venue capable of hosting IASCA IdBL and Bass Boxing INAC events for this year” said IASCA President Travis Chin “therefore we felt it best to extend the 2020 IdBL and Bass Boxing seasons through to 2021.”

As previously announced in May of this year, 2020 memberships will be extended and valid through to the 2021 season due to the pandemic situation.

“We’re sad to have to make this announcement,” Chin continued to say “but, as we are in the latter part of the year without having secured a suitable venue, we had to make a decision that was in the best interest of the competitors. We ca now focus on delivering a top notch event for our members in 2021.”

“Thanks go to Scott Macrae, Direct Marketing Manager of Chinook Winds, for IASCA’s initial involvement with the event” said Moe Sabourin, Director of Operations for IASCA Worldwide “Scott approached Northwest Director Travis Chin about IASCA participating at the event and we’ve been there ever since. What started as a small event on the beach in Lincoln City 18 years ago has turned into one of the largest events on the west coast and one of the largest IASCA events on the West Coast as well. We’re proud to be part of the event.”

The Surf City Sound Off is a nonprofit event that has earned the support of over 24 industry members, from manufacturers to retail dealers and distributors in the region. Proceeds from the event are donated to Angels Anonymous of Lincoln City, who provide immediate and basic services to those in need.

The event will feature both IASCA and dB Drag competitions, and Competitor entry to the event is only $10 per format/class. Competitors interested in participating can register online at https://www.surveygizmo.com/s3/3547942/Surf-City-Soundoff-2017. All competitors receive a free event t-shirt with their first paid entry.
Major exhibiting sponsors include:
• SounDigital (Exhibitor)
• B2 Audio (Exhibitor)
• Full Throttle Battery (Exhibitor)

For Vendor and competitor info on the Surf City Sound Off, contact Scott Macrae at (541) 996-7964 or scottm@CWCResort.com. For more info on IASCA, visit www.iasca.com or contact Moe Sabourin at moe@iasca.com. For more information on the event visit www.chinookwindscasino.com. 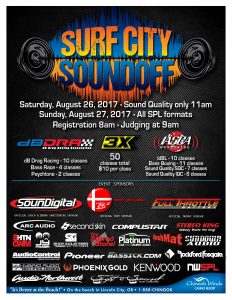